The Milwaukee Brewers’ star tried to blame his homophobic, racist and misogynistic tweets on youth and immaturity. Nobody’s buying it.

We’ve all been young and dumb. We’ve all made questionable decisions, erred on the side of idiocy and seriously considered investing in monogrammed ‘I’m sorry’ stationary. Nobody escapes adolescence in the internet age without a few skeletons in their social media closets, be it those status updates quoting My Chemical Romance lyrics, that cringe-worthy photo shoot involving a lipstick-red, heart-shaped pillow or the video footage of the time you mistook a traffic pylon for an interested sexual partner (and in some cases, all of the above).

Young people make bad decisions on a daily basis, and without fail, the internet is there to immortalize it.

But not all skeletons are created equal. And not all skeletons can be forced back into the closet once they’re out. The “young and dumb” excuse only goes so far, and it was finally stretched beyond its limits at this year’s Midsummer Classic.

It was there that Milwaukee Brewers reliever Josh Hader got a now all-too-familiar lesson in the extent of the internet’s memory. What should’ve been a proud moment for Hader became a career low, as a series of old tweets straight out of a Charlottesville march resurfaced. In them, Hader makes a number of homophobic, racist, and sexist slurs, completing the holy trinity of internet douchebaggery.

When asked about the tweets by reporters, Josh Hader reached into his trusty bag of athlete-isms and pulled out several greatest hits, such as “there are no excuses,” “I accept the consequences,” “it doesn’t reflect on who I am as a person today,” and finally, in direct contradiction to his “no excuses” line, the “young and dumb” defense.

Josh Hader addresses the tweets that surfaced during the game pic.twitter.com/Zzh6uS2frH

“Young and dumb” is an often-used, convenient catch-all. It both internalizes the blame (the “dumb” part) while shielding the guilty party from any real consequence (the “young” part). This defense allows the athlete to deflect the blame onto a younger version of themselves, while subtlety humble-bragging about the transformation and growth they’ve undergone since the offending tweets were sent.

And humble-brag about personal growth they have.

Just this year, Ryan Rolison, Dillon Paulson and Josh Allen were forced to self-identify themselves as evolved versions of who they used to be after it came to light that they too had tweeted insensitive, racist and homophobic things before reaching the pros. All three (just like Josh Hader) were quick to point out, despite their previous young and dumbness, they’d moved past this sort of behavior, all while offering little-to-no evidence of how this magical transformation took place. Athletes keep using the “young and dumb” phrase as an umbrella, attempting to shield themselves from any real consequences. What they’ve failed to do is pinpoint when exactly “young and dumb” becomes just “dumb”.

Does a homophobic or racist tweet graduate from “young and dumb” to “malicious and intentional” when an athlete reaches 18? 21? Does it happen when you’re old enough to legally buy a gun? Serve in the military? Vote? Or is young and dumb just code for ‘any period of time before I got caught’?

There’s a good chance Hader has more than just a few old tweets he needs to apologize for. If he was bold enough to make direct, targeted attacks like “I hate gay people” on Twitter, he probably wasn’t a gem to hang out with during gym class either. While a tweet might just be a tweet, the kind of anger that would inspire a person to direct hatred of that kind at a specific group of people doesn’t simply go away when you’re issued a driver’s license. Hader can claim personal growth all he wants, but the evidence against it is much more compelling.

If he had grown up, he would’ve looked around pro sports and realized that the kind of hateful mentality he claims is behind him isn’t welcome in today’s game. He would’ve seen examples of baseball trying to be more welcoming — be it the league’s participation in the pride parade, or the Brewers’ first Pride Night. He would’ve also seen that other players had been caught and called out for offensive things they tweeted in the past and realized it not only reflects poorly on the players and the team, but it harms the fans that root for them.

If Hader had undergone a transformation and was exactly as old and wise as he now claims to be, he would’ve taken all of that evidence, thought about who he was when he was younger, recognized how young and dumb he used to be and would’ve gone back through his older tweets before someone else did. Then, he would’ve either deleted them in quiet shame, or even better, would’ve re-shared them himself, on his own terms, calling out his past behavior, and using it as a teaching moment for young fans who look up to him. Hader did none of that. He simply sat on them, either ignoring that he once held those views or hoping and praying that nobody would ever notice.

Josh Hader was young and dumb once. Now he’s just old and ignorant.

Share
Facebook
Twitter
Google+
Linkedin
ReddIt
Email
Dan Szczepanek
Dan Szczepanek is the founder and Editor in Chief of Grandstand Central, an outlet he helped launch in 2017 to look at the intersectionality of sports and world around it. He's a recovering ad-man, and former politics wonk.

What the ’65 Boycott Can Teach Us About Kaepernick

53 years after players boycotted the AFL All-Star Game in New Orleans due to racial injustice, not much has changed.
Read more
Culture

A Bar Fight and Getting Revenge on the Kentucky Wildcats

And the truth about living, traveling and playing professional basketball in Europe against former Kentucky Wildcats.
Read more
LGBTQ

After racist and homophobic tweets made at 17 were uncovered, Josh Hader is uniquely positioned to be the face of the anti-hate movement.
Read more Trevor Huffman - July 30, 2019
Plus, the meaning of life after sports.
Read more 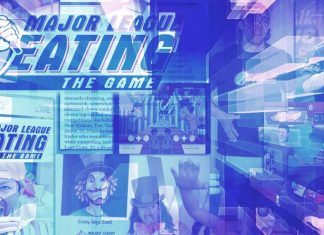 Emily Weaver - July 25, 2019
Major League Eating made competitive eating a successful, nation-wide sport and it all trails back to a hot dog eating contest from way back when.
Read more Art Shamsky on Aging and the Amazin’ Mets

Grandstand Staff - July 24, 2019
Plus, his thoughts on the Hall and missing out on the Big Red Machine.
Read more Anthony Varriano - July 23, 2019
Don't be surprised if the Saints' Entertainment All-Stars steal the show at the 2019 American Association All-Star Game at CHS Field in St. Paul.
Read more
ABOUT US
Sports coverage for thinking fans.
FOLLOW US